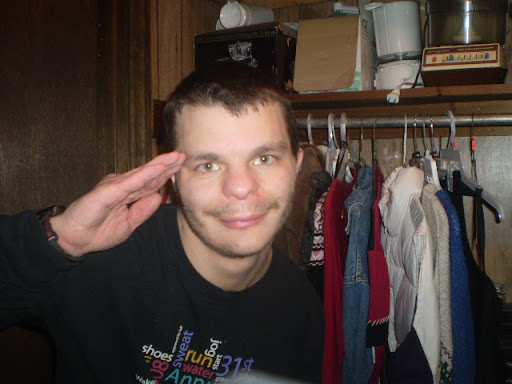 Hello everyone, I’m glad you could make it to this video. I had simply created this video as a joking-type skit. It’s simply a depiction of myself dreaming of making an attempt to make a YouTube announcement to the audiences of YouTube about some updates ongoing with my YouTube channel, especially about what I’m gonna do for the 10th Anniversary of the creation of my channel that took place on Sunday, May 13th, 2007. But unfortunately, my YouTube broadcast gets interrupted by my old nemesis, the evil Black Thrasher (returning from the original Black Thrasher from 2007, and the 2009 full-length movie “Return of the Black Thrasher”), alongside with another bad guy, the evil Bonestyx (returning from the movie “Bonestyx” (2010), who has teamed up with Black Thrasher to bring down 77Pacer Studios incorporated and all of the staff, starting with Doctor Danno (me). But when Black Thrasher nicely gives me a rather generous chance for saying my last words prior to my demise, Bonestyx gets impatient with BT, and orders him to skip my last words and kill me right then and there, otherwise Bonestyx would send Black Thrasher back to the burial chamber he was dug out of and bury me along WITH him. Angered by Bonestyx telling him this and interpreting it as an unfair threat and an act of treason against him, Black Thrasher betrays Bonestyx and disposes of him in the fireplace, then is about to finally finish me off only for the dream to end, and I wake up in bed when the dream does end just before I’m FINALLY done for!
#series,
#77pacer,
#funny,
#shortfilm,
#skit,
#blackthrasher,
#bonestyx,
#comedy,
#hilarious,
#comedyskit,
#nightmareskit,
#vlog,
#weldingmask,
#thrasher,
the adventure of the black stallion,
thrasher movie,
evil thrasher,
thrasher 2017,
trasher 2017,

She FORGOT Her Camera Was On & THIS HAPPENED! | Omegle Trolling

She Forgot Her CAMERA WAS ON! | Omegle Trolling WATCH IN 1080p THANK YOU FOR WATCHING! Leave a like, comment, AND SUBSCRIBE if you enjoyed! Ignore Tags: omegle prank,omegle trolling,omegle,omegle funny,omegle pranks,zoom trolling,zoom troll,zoom class trolling

Leg workout and the result is amazing #shorts #legworkout